Plaques unveiled by the British Plaque Trust in the Commonwealth 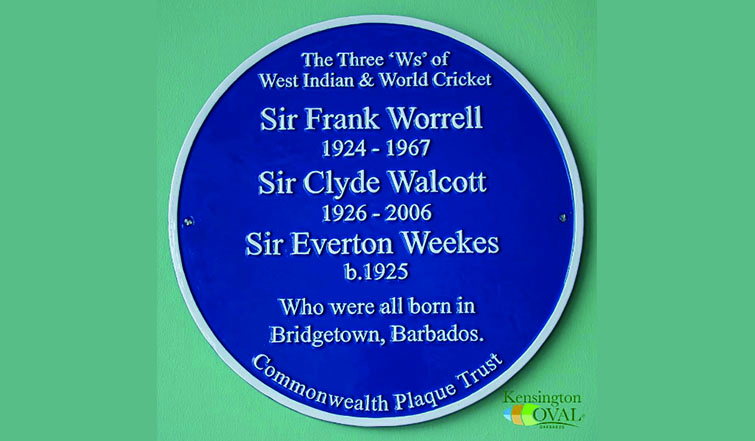 The first blue plaque in Barbados commemorates the three “famous W’s” of West Indies and World Cricket – Sir Frank Worrell, Sir Clyde Walcott and Sir Everton Weekes, who were all knighted for their services to the game during their careers. Sir Frank and Sir Clyde passed away some years ago, but outstanding batsman Sir Everton Weekes who is now 93, was there alongside former British DJ and now Chairman of the British Plaque Trust, Mike Read, who unveiled the plaque in the presence of other undisputed legends of cricket, including Sir Wesley Hall, Sir Charlie Griffith and Mr.Desmond Haynes at the ground they call “The Mecca of Cricket” where the game has been played since 1882.

Cheryl Carter, Director of the Barbados Tourism Marketing Inc in the UK and Ireland said: “We were delighted that three Barbadians were honoured by the Commonwealth Plaque Trust. Sir Frank Worrell, Sir Clyde Walcott and Sir Everton Weekes, are without doubt three of the greatest cricketers that the world has ever seen. We are incredibly proud that this honour will be bestowed on them here in Barbados and that Barbados will be the first Commonwealth destination to have the unveiling of a blue plaque.”