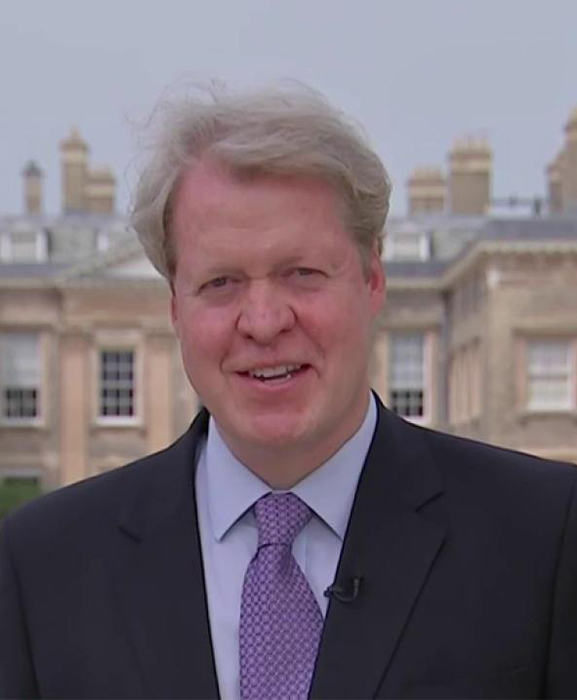 Charles, 9th Earl Spencer author and broadcaster, is the custodian of the family’s ancestral seat, Althorp, in Northamptonshire. Charles read Modern History at Magdalen College, Oxford  and has written several successful and best-selling  books, including Althorp: The Story of an English House, The Spencers: A Personal History of an English Family, Blenheim, Battle for Europe, Prince Rupert-The Last Cavalier, Killers of the King and To Catch a King. Killers of the King was the UK’s second best-selling history book of 2014. In 2003 Earl Spencer founded the Althorp Literary Festival.

Charles has worked with NBC News, Today, The History Channel and Granada Television as well as having written for The Guardian, The Independent on Sunday, The Daily Telegraph, The Sunday Telegraph and Vanity Fair.  The younger brother of Diana, Princess of Wales, Charles is uncle to Prince William and Prince Harry.